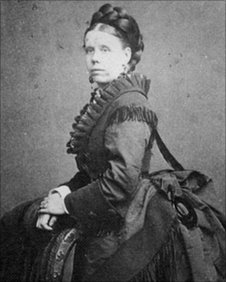 This month hundreds of people congregated in Oxford to celebrate Alice Day, as they do every year. Although this year, the 150th anniversary of the book, was bigger than ever: 150 Alices, a lobster quadrille, a mad tea party and chapters being brought to life all over the city.

Why does Alice endure when so many have faded?

The answer to that is far longer than a mouse’s tail…But here is my potted version:

Alice is the first heroine in children’s literature with interiority. We can identify with her as she struggles to communicate with the mad creatures she meets.

Alice is essentially a coming of age story. As she grows and shrinks and tries to make sense of the world. And who hasn’t felt like her? Like a child adrift in a world of crazy adults.

Alice’s Adventures in Wonderland transmogrifies itself for every era. It adapted to the acid taking 60s, the psychoanalytical movement and still looks fresh in the steampunk moment of now.

Alice has leapt free from the bounds of her covers. We are all Alice now: you can’t open a paper without someone having “gone down the rabbit hole” or stepped “through the looking glass.” The book is said to be the third most quoted in the English language, after the Bible and Shakespeare. And I, who notice whenever Alice is mentioned, can easily believe it. 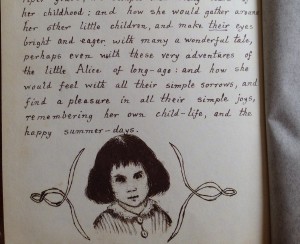 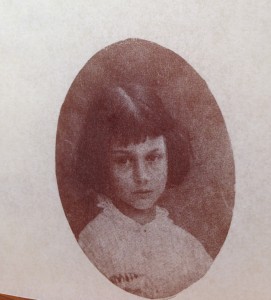 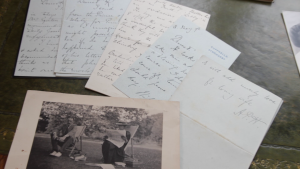 Now that The Looking Glass House is approaching publication, I’ve been looking out some of Alice’s letters  and photographs. The letters in this picture are written are written to her husband Reggie Hargreaves, and this photograph, which I love, is of Alice and her son Alan. Alice looks very grand and rather put out by having a camera – once again – trained on her. So much so that she wouldn’t even look up from her copy of The Times!

So different from when she was Lewis Carroll’s muse, alluringly gazing out at us.

But, to me, it is easy to equate the heroine of Alice in Wonderland with this strict, grand old lady. In the book which she inspired, Alice is precocious, inquisitive and, at times, pretty rude. Not such a huge jump, some 60 years later, to an old lady whose childhood characteristics had ossified into something harder.

She is gentler in the letters, telling her husband that their new home would be “wonderland come true to Alice at last,” and always signing off as “your loving wife .”

My mother (Alice’s granddaughter) remembers sitting on her knee and receiving sweets.

Perhaps, like all of us, she wasn’t just one person but many. She was after all, two people in her own lifetime – fictional Alice bestriding the world as a seven year old girl, and real Alice who lived an obscure gentlewoman’s life in the New Forest. 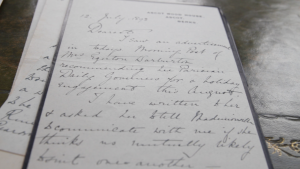 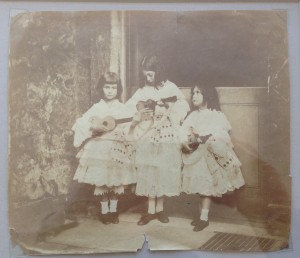